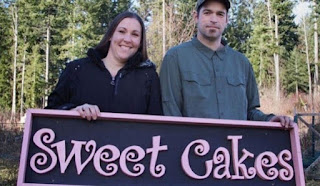 The former owners of an Oregon bakery, ordered to pay $135,000 in damages for declining to make a cake for a same-sex wedding, are appealing their case to the Supreme Court.
Lawyers for Aaron and Melissa Klein filed a petition Monday asking the Supreme Court to reverse an earlier decision handed down by the state that forced them to shut down their family bakery.
"Freedom of speech has always included the freedom not to speak the government's message," said Kelly Shackelford, president and CEO of First Liberty, a nonprofit legal organization representing the Kleins. "This case can clarify whether speech is truly free if it is government mandated."
An administrative judge for the Oregon Bureau of Labor and Industries ruled in July 2015 that the Kleins had discriminated against a lesbian couple, Rachel and Laurel Bowman-Cryer, on the basis of their sexual orientation. The judge ordered the Kleins to pay the $135,000 for physical, emotional, and mental damages. The Kleins appealed that ruling to the Oregon Court of Appeals in April 2016, and that court upheld the state agency's decision.
Under Oregon law, it is illegal for businesses to refuse service based on a customer's sexual orientation, as well as race, gender, and other characteristics. The Kleins maintained that they did not discriminate, but only declined to make the cake because of their religious beliefs about marriage. Designing and baking a custom cake for a same-sex wedding, they said, would violate their Christian faith.
In June 2018, the Supreme Court ruled on a similar case in favor of Jack Phillips, owner of Masterpiece Cakeshop outside Denver, Colorado. In that case, Masterpiece Cakeshop Ltd. v. Colorado Civil Rights Commission, the court ruled that government officials cannot be hostile to the free exercise of religious beliefs. But the high court did not rule specifically on the underlying question of the case: whether government may compel citizens to create messages that violate their deeply held religious beliefs. The Kleins' petition asks the Supreme Court to address the unanswered question left over from the Masterpiece Cakeshop case.
Also in June 2018, the Kleins wrote a piece for The Daily Signal explaining what the Masterpiece Cakeshop ruling means for their case. They wrote that they were "thrilled for our friend," because like Phillips, "we know what it is like to be treated unfairly by a state agency and mocked, threatened, and abused by critics."
The couple added:

At the same time we wonder what the future holds for our case, our lost business, and our family. Ours may be, as Justice Anthony Kennedy wrote, the case that allows 'further elaboration in the courts.' And we are encouraged to know that seven justices of the Supreme Court agree that a state's hostility to the religious beliefs of its citizens will not be tolerated under the First Amendment.

Kennedy was known on the Supreme Court for being a crucial swing vote. Since the court's ruling on the Masterpiece case, Kennedy has retired and was just recently succeeded by Justice Brett Kavanaugh, a noted conservative. Kavanaugh's addition to the court has led some to theorize that if the court were to take the Kleins' case or a similar one, the decision could fall in their favor.
The $135,000 the Kleins were ordered to pay sits in escrow pending the final outcome of the case. The couple's attorneys say they are hopeful the high court will respond to their petition within the next three months.
Article Source: LifeSiteNews.com, 10.24.2018

Be DOers of His Word (James 1:22) ...
001 DO ... Read His Word
Take a few moments to see what the Holy Word of God clearly and authoritatively says (i.e. not man's opinions or personal convictions) about the various types of sexual immorality!

For over 26+ years of Kingdom ministry with  Christian Impact Ministries (CIM), we have seen many changes occur within this God-birthed... 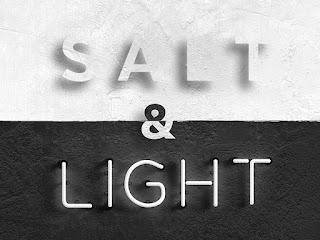